All refugees and applicants for an immigrant visa are required to have a medical examination while seeking admission into the United States. The requirement was made under the Immigration and Nationality Act (INA) and the Public Health Service Act. The Secretary of Health and Human Services outlines the requirements for the doctors, whom they refer to as “civil surgeons”.

Not all physicians are appointed as civil surgeons. In Southeast Idaho, Dr. Ward is one of the only doctors appointed by the United States Citizenship and Immigration Services (USCIS) as a designated civil surgeon.

Different than a wellness physical, the purpose of an immigration physical is to look for specific health conditions that may be harmful to the health of the American people. Specific testing for tuberculosis, syphilis and metal conditions are key components of the examination.

During the physical, Dr. Ward will gather health history information including: 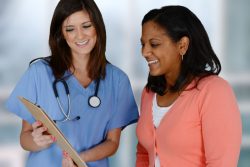 The exam will include a minimum mental assessment of:

The exam will include a minimum physical assessment of the: 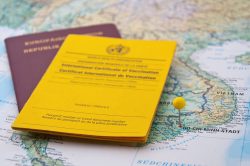 Testing for communicable diseases is an important part of the immigration physical. Tests include screens for tuberculosis, syphilis, gonorrhea, and Hansen’s disease. Other tests may also be performed based on the physical evaluation. If a person has previously contracted tuberculosis or syphilis, an official documentation is required to confirm that the disease has been fully treated.

Patients should bring the following to their immigration physical examination:

For more information about the immigration physical or immigration processes, visit the U.S. Citizenship and Immigration Services website.