Does a Healthy Lifestyle Result in “Anti-Aging”? Part 2

“Without health there is no happiness. An attention to health, then, should take the place of every other object.” – Thomas Jefferson, 1787

In Part One of this segment, I asked the question: Do you think that a healthy nutritional diet and physical activity may slow down the aging process, sometimes drastically?

I trust that you correctly see the direct link between them. We discussed the role that “Telomeres” play in the aging process and began exploring ways we can slow down the aging process. Please refer to Part One in our archives to up-date or to refresh your memory.

This week we are going to explore the role that nutrition plays in this process called life – and aging.

Nutritionists have long been interested in the dynamics of telomere length in the body, and how telomeres figure into human health and life expectancy. The mechanism by which nutrients appear to affect telomere length is by influencing the activity of telomerase. This is an enzyme that adds the telomeric and repeats to the ends of your DNA. Thousands of studies have been published on telomerase, and they are well-known to maintain genomic stability, prevent the inappropriate activation of DNA damage pathways, and regulate cellular aging.

In 1984, Elizabeth Blackburn PhD, professor of biochemistry and biophysics at UCSF, discovered that the enzyme telomerase actually has the ability to lengthen the telomere by synthesizing DNA from an RNA primer. She, along with Carol Greider and Jack Szostak were jointly awarded the Nobel Prize in Physiology or Medicine in 2009 “for the discovery of how chromosomes are protected by telomeres and the enzyme telomerase.”

The science of telomeres offers the most exciting and viable possibility for extreme life extension—the kind of anti-aging strategy that can actually allow you to regenerate and in effect “grow younger.” This is great news, as short telomeres are a risk factor not just for death itself, but for many diseases as well. 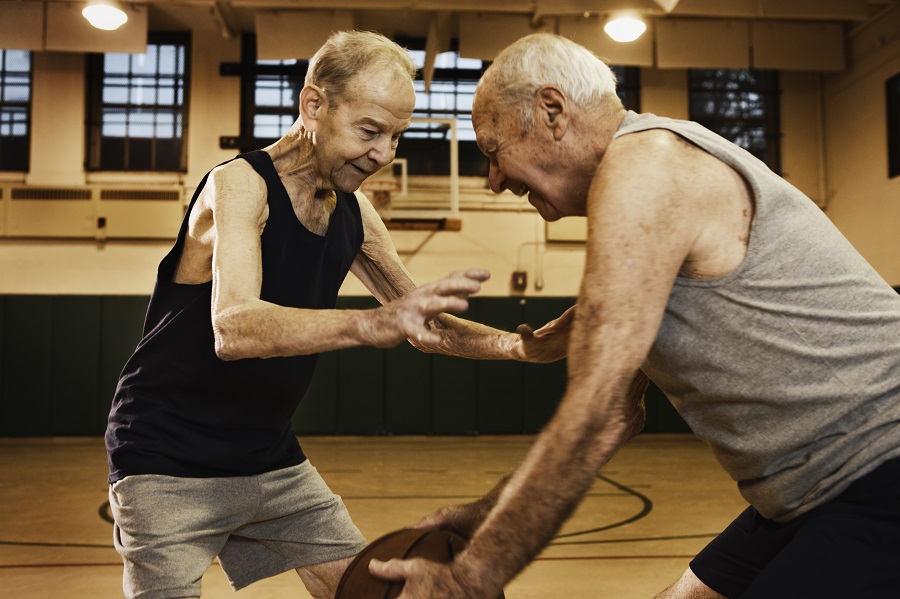 Another powerful strategy that shows great promise in reducing telomere shortening is to increase your glutathione levels. There are studies in progress indicating that increasing glutathione levels can provide similar results as high-intensity exercise to preserve telomere length.

Glutathione (GHS) is manufactured inside your cells from its precursor amino acids: glycine, glutamate and cystine, and is therefore not a compound you can ingest directly. Expensive glutathione supplements are available, but you can also increase your glutathione levels by making sure your diet includes foods rich in the sulfur amino acids your cells need to synthesize glutathione. Eating a high quality whey protein is the easiest and most convenient way to do this.

Stay tuned for Part 3 on exploring the effects of Chronic Stress on accelerated aging and health.

And lastly, I’ve always lived by these sage words from Yogi Berra: Always go to other people’s funerals, otherwise they won’t come to yours.