Does a Healthy Lifestyle Result in “Anti-Aging” Part 3

I’ve Had a Thousand Crisis’ In My Life and a Couple Actually Happened!

You may be asking “why is a Personal Trainer talking about stress”? In my years as a Personal Trainer I have seen too many people de-railed from attempting a healthy lifestyle by not having the ability to properly deal with stress. We all experience stress to some degree, sometimes mild and sometimes severe. It is a fact of life and we can’t change it. In today’s fast paced, competitive world stress can, and does, overtake us – destroying our happiness and our health.

I read a quote years ago attributed to Abraham Lincoln when asked by a reporter if he was happy. He replied (sic) “I think people are just about as happy as they make up their minds to be”. We can either let bad situations dictate our attitudes and moods, or we can learn to overcome that negativity. A lot depends on our controlling response to stress, namely our health and happiness. We have been discussing the aging process and Telomeres, and evidence shows that stress causes rapid aging and disease. If you haven’t read the last two issues please refer to our archives on parts one and two. Let’s look at stress from a prevention and control vantage point. Leo Widrich writes:

“If you start exercising, your brain recognizes this as a moment of stress. As your heart pressure increases, the brain thinks you are either fighting the enemy or fleeing from it. To protect yourself and your brain from stress, you release a protein called Brain-Derived Neurotrophic Factor (BDNF). This BDNF has a protective and also reparative element to your memory neurons and acts as a reset switch. That’s why we often feel so at ease and things are more clear after exercising.”

Chronic inflammation typically will not produce symptoms until loss of function occurs somewhere. This is because chronic inflammation is low-grade and systemic, often silently damaging your tissues over an extended period of time.

Simultaneously, your brain releases endorphins, another stress-related chemical. According to researcher MK McGovern, the endorphins minimize the physical pain and discomfort associated with exercise. They’re also responsible for the feeling of euphoria that many people report when exercising regularly. 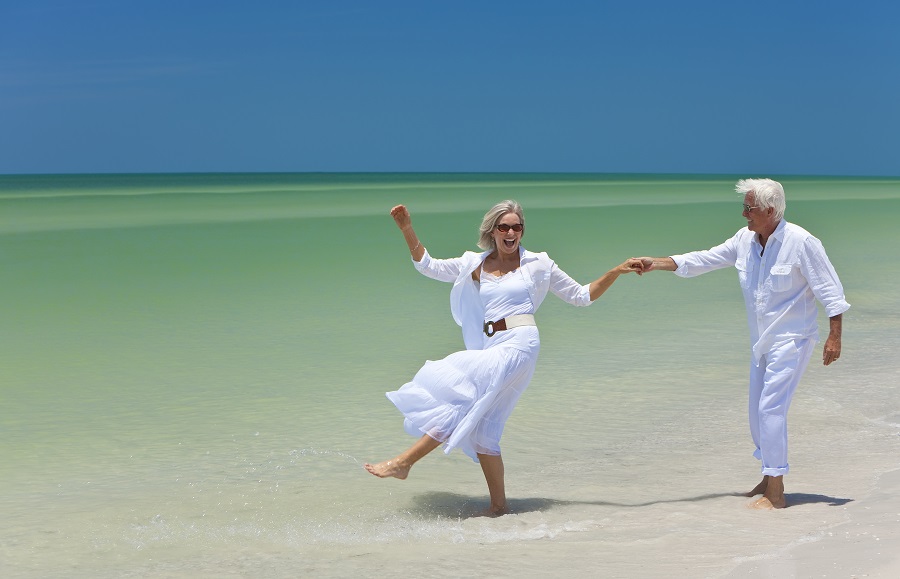 BDNF and endorphins are two of the factors triggered by exercise that help boost your mood, make you feel good, and sharpen your cognition. They’re similar to morphine and heroin in their action and addictiveness—but without any of the harmful side effects. Quite the contrary! So, how much do you have to exercise in order to maintain a sunnier disposition and better memory long-term?

According to a 2012 study published in the journal Neuroscience, the “secret” to increased productivity and happiness on any given day is a long-term investment in regular exercise. And a little each day appears to go further than a lot once or twice a week.

If you are sedentary there is hope for you. In her book, The First 20 Minutes: Surprising Science Reveals How We Can Exercise Better, Train Smarter, Live Longer, New York Times bestselling author Gretchen Reynolds addresses the issue of exercise as a way to improve longevity and happiness as well. In a 2012 interview, she said:

Two-thirds of Americans get no exercise at all. If one of those people gets up and moves around for 20 minutes, they are going to get a huge number of health benefits, and everything beyond that 20 minutes is, to some degree, gravy. That doesn’t mean I’m suggesting people should not exercise more if they want to. You can always do more. But the science shows that if you just do anything, even stand in place 20 minutes, you will be healthier.”

Similarly, research published in 2008 found that those who exercised on work days experienced significantly improved mood on days that they exercised. Interestingly, while their mood remained fairly constant even on non-exercise work days, their sense of inner calm deteriorated on those days. According to the authors:

“Critically, workers performed significantly better on exercise days and across all three areas we measured, known as mental-interpersonal, output and time demands.” 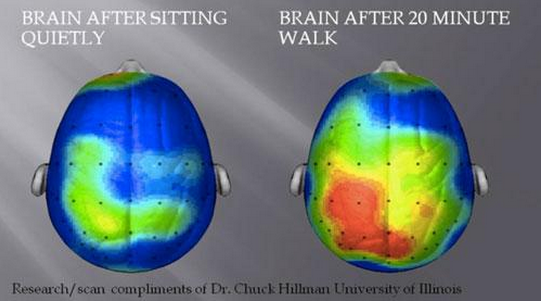 In previous articles we have delineated dozens of reasons to engage in a good exercise program. It’s like the list never ends. If you haven’t begun an exercise program please refer back to our archives as we have given you many exercises to begin with and add to. Also, I cannot overstress (pun intended) the need of supplying your body with proper nutrition. You are a Ferrari! Don’t try and run on dirty oil and kerosene.

Again, see our archives for some great information on nutrition and many healthy, tasty recipes.

Be kind to yourself.