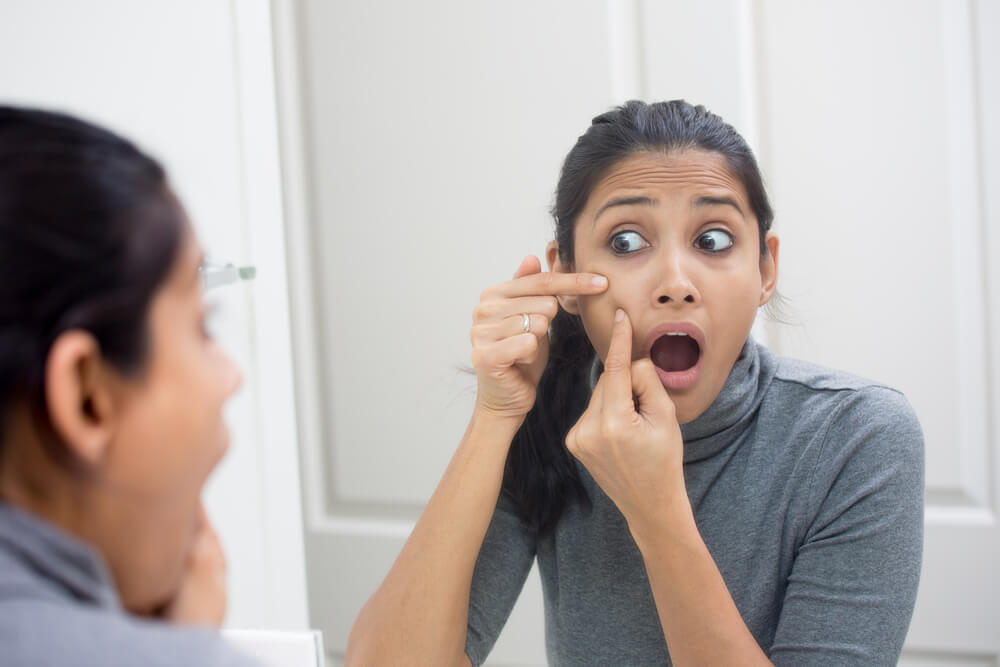 During adolescence, there are many physical changes that take place among teenagers. Boys and girls begin to physically mature as their body begins to release a variety of hormones. These hormones may cause a variety of skin conditions including:

Stimulated by hormone level changes, the small glands that lie just under the skin’s surface, called sebaceous glands, release more oil. This is the common reason why teenagers have oily skin. Oily skin is normal at this time of life and the release of the oil through facial pores is a good thing. Simply by washing one’s face with mild soap two times a day, will eliminate the excess oil produced in teenagers and prevent other skin conditions, like acne.

As the adolescent skin reacts to rising hormone levels acne frequently develops. Acne is typically described as blackheads, whiteheads or pus-filled pimples called “zits.” Through adolescence, the skin thickens near the surface of the facial pores causing them to become blocked with dead skin cells and debris. When pores and skin follicles become infected, a more severe condition can result.

Heavy makeup, excessive sweating, and some medications can contribute to the severity of the condition but by simply washing with mild soap two times a day can prevent and treat common acne.

If blackheads, whiteheads or infected pores persist, it may become a severe condition leading to scaring. In these cases, Dr. Ward will want to treat acne to prevent scarring. 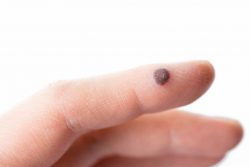 Warts are hard bumps found on the skin. They may be pink, white or brown and may contain black specs inside. While warts may appear about anywhere on the body, they are most common on the hands, fingers and feet. They are usually painless unless they develop on the soles of the feet (plantar warts).

Warts are caused by viruses and are highly contagious. They can be spread by touch or by touching a surface that has been infected by the wart. Warts often spread as a person touches the wart and then contacts another person or themselves.

Many warts go away on their own. If the wart doesn’t go away, some over-the-counter remedies may be helpful. If the wart returns, grows, is painful, or spreads, Dr. Ward will want to examine the wart(s) and decide how to treat the condition.

There are several possible treatments including:

Warts are not cancerous or dangerous but some may cause pain or are unsightly. 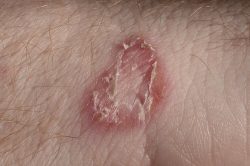 Each of these types of ringworm appear on the skin, however, there is another type of ringworm that affect the nails.

Each of these three types of ringworm are fungal infections.

Athlete’s foot is also a fungal infection found between the toes that causes redness, severe itching and blistering. As the name suggests, this infection is common among athletes who frequently shower in public locker-room showers or spend time at swimming pools. The fungus is spread from contact of inanimate objects like floors, combs or unwashed clothes that have been contaminated with the fungus. The fungus can also be spread through direct contact with the skin.

There are over-the-counter medications for ringworm and athlete’s foot but if the condition continues, inflammation or discomfort worsens, give Dr. Ward a call for an evaluation and treatment to promote healing and comfort.